Contradicting Political Dynamics: Democratic Backsliding in Hungary and the Role of the EU

Two years ago we started to investigate the ever-widening grey zone between liberal democracy and dictatorship, and applied the findings of the scholarship on hybrid regimes to the characteristics of the Orbán regime in Hungary.1 In this article we continue our analysis in the light of recent events: the 2019  national elections, the Sargentini Report in the European Parliament, the tension between center-right parties and Fidesz in the European People’s Party (EPP).  When categorizing political systems, we cannot overlook their external embeddedness, and the extent to which outside forces influence the political system itself. Just as it is more difficult for an authoritarian regime to democratize if it is surrounded by other authoritarian regimes, it is also more difficult for a democracy to regress to dictatorship if that democracy is a member of an alliance of democratic states. 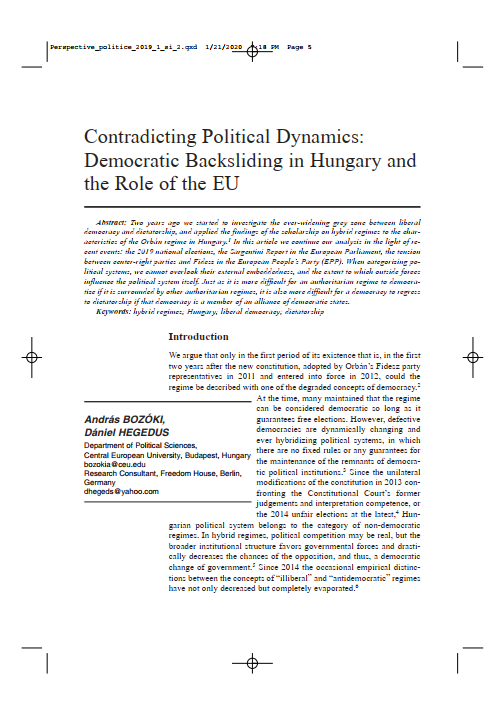