In this article I try to clarify the concept of institutional change, a concept that was not seen as a problem in political science even after the behavioral revolution has reached more dynamic topics such as modernization, transformation and development. What explain the process of change or what set it in motion, if most of the people usually accept the status quo as given and as unchangeable? It is a commonplace to argue that political institutions are a source of inertia and resistance to change. And all neoinstitutionalist approaches have a hard time explaining institutional change. Political institutions are seen as stable and to modify them it is considered that some effort is required. Initial arguments assumed alternation of stable institutions and dramatic change, in which the trajectory of the change up to a point is affecting the subsequent path. The concept of institutional entrepreneurs is a concept that reintroduced powers interests and individual action in institutional analysis. According to theory the initiators of the reforms were often political elites but, sometimes, it is considered that “ordinary people” can shape institutional development or cause institutional change. It is a challenge to understand the shifting mix of deliberate design and adaptive behavior. 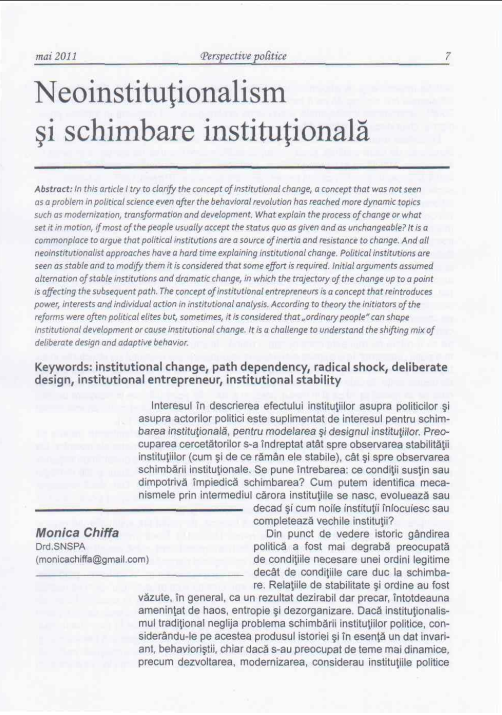