The pre-crisis Iceland would have never accepted to join the EU. Belonging to EFTA, EU single market (by the means of EEA) and Schengen Area had sufficed the Icelandic nation poised to keep their 60 year + sovereignty. But the financial crisis melted not only the Icelandic risky banking industry, but affected also the resilience and international status of the island. Joining only the Euroland is not a feasible option, but acquiescing on the other hand to the whole Union could force the Icelandic nation into bandwagoning alongside great powers. In the end, the accession is to be decided by referendum, but the lcesave resolution with the United Kingdom and the Netherlands stands to be the Gordian knot of the whole affair. On the part of the EU as a block of a superior integration formula, the main bereft of a successful Icelandic Integration could be the decisive weakening of EFTA and the implicit persuasion of the remaining Norway and Switzerland to relinquish Euroscepticism and join. 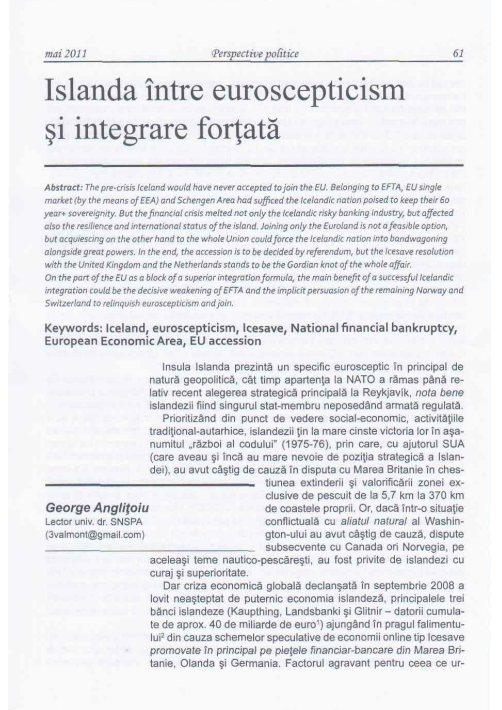