Leviathan or Democracy? The Case of Post-war Bosnia and Herzegovina

Very often it is taken for granted that rapid political and economic liberalization reforms make transitional or post-convict countries stable and fully functional. However, such strategy proved insufficient and shallow since large number of post-convict societies has continuously faced serious political, legal and economic problems over a long period of time. Probably, the ideal example would be the post-war Bosnia and Herzegovina where free and fair elections are herd regularly but it is hard to argue that democracy has flourished in the country. Therefore, in this work my central standpoint is that in the absence of stable and efficient state institutions it is very difficult or almost impossible to implement successful political and economic liberalization reforms in the post-war countries such as Bosnia. To support my argument shave provided three cases or examples where speedy democratization proved wrong strategy in order to bring political stability and economic growth. Also, I have given two 'technocratic' examples which have made deep contributions in terms of building robust and elective state institutions rather then putting emphasis on rapid democratization. 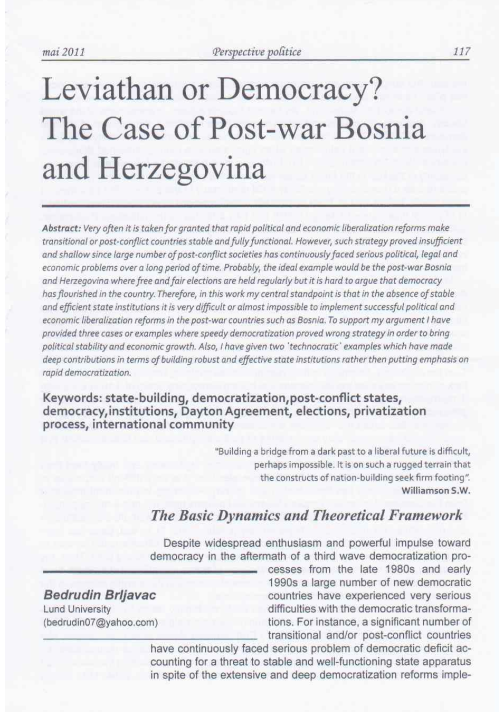