The reluctance towards philosophical texts in Eastern Europe is linked with ideological biased understanding, even in cases when practical significance is missing. Metaphysical discourse is perceived as a form of failed literature. Also philosophical act deprived of moral query led to deficient reasoning and expansion of an excuse culture. The elite's consensus encouraged “escort speech” of themes and issues endorsed by major Western cultures. The conformity of the intellectual is, at least in part, the consequence of the prestige groups disposition to refer ironically to ethics. 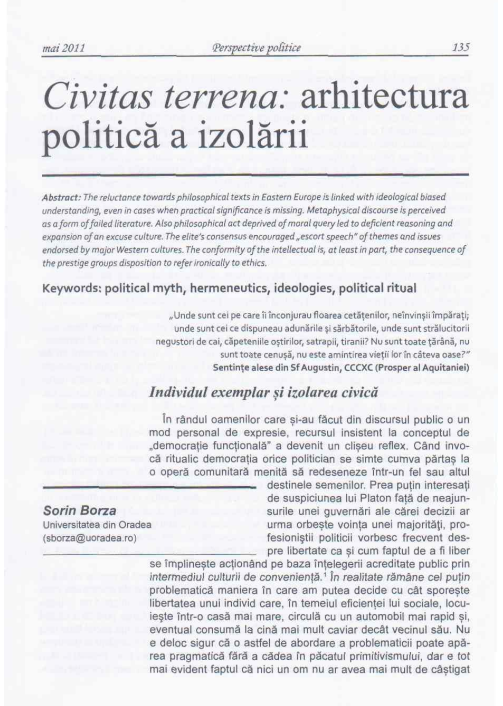