Secessionism is one of the important challenges in many contemporary societies. Sovereignty, International and domestic law, and human rights are only three concepts that could be affected by the emergence of secessionist dynamics. This article investigates the evolution of Catalan secessionist movement after the 2017 independence referendum. It uses process tracing to analyze the events that coincide with the evolution of the Catalan secessionist movement. The main findings reveal that while the EU does not encourage these kinds of movements, it does not agree with the solutions adopted by the Spanish’s Central Government to solve the Catalan situation, and condemns the violation of human rights. Also, the Catalan independence movement can stimulate similar dynamics across other countries, which are not favourable to the EU cohesion. 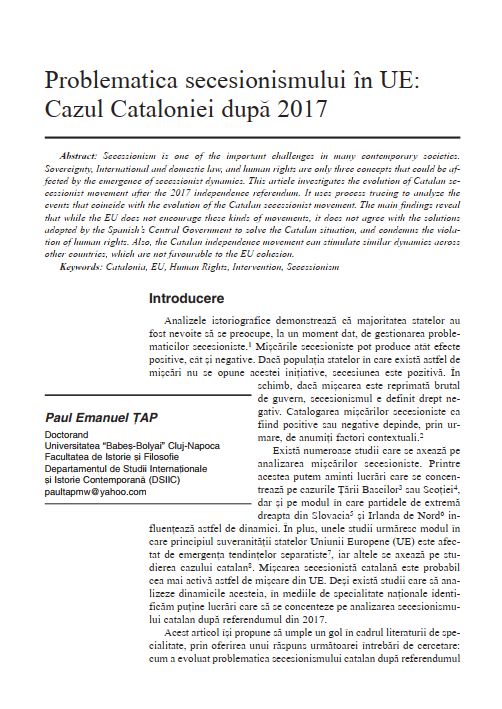