Superman. A Hero of the Culture Industry

Superman’s image symbolizes the utopian and ideal narrative of the American Dream. Yet, the feasibility of the American Dream transformed this national hero into a commodity meant to be consumed. Thus, one of the most beloved heroes of the 20th century became what Theodor Adorno foresaw: a commodity designed to be reproduced and to be a part of the culture industry. This paper examines how consumerist tendencies resulted in Superman no longer being able to represent the core principles of the American Dream. The theoretical framework consists of Umberto Eco’s interpretation of Superman’s heroic structure and its Greek reminiscences. The works of Andrew Terjesen, (Superman and Philosophy. What would the Man of Steel do?) and Larry Tye (Superman. The High Flying History of America’s Most Enduring Hero) will be used to analyze the scale on which Superman has been used as a soft-power means of disseminating American values 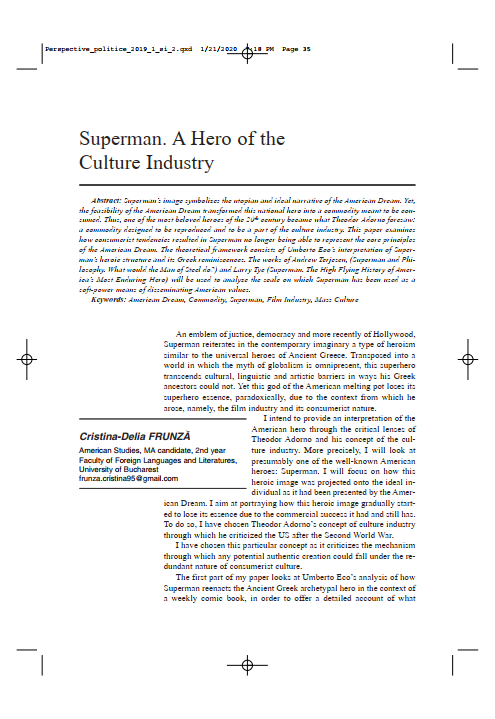