Brexit: The Covid Pandemic Masking the Effects of Leaving the EU

On 31 January 2020, the United Kingdom’s membership of the European Union ended 47 years after its accession. The agreement provided for a transitional period until 31 December 2020 to renegotiate the long-term relationship between the United Kingdom and the European Union (EU). Almost eleven months after the UK’s actual departure from the EU, the extent of the economic consequences of Brexit is still difficult to measure. According to European forecasts, it should cost the United Kingdom 2.2 points of GDP by the end of 2022. Trade with the continent has already declined. Exports to the EU fell by 12% between July 2018 and July 2021. The trend is similar for imports, a decrease of 13%. In both cases, the all-time low was reached last January, during the first month of Brexit, when the disorganization of customs controls culminated. The impact of Brexit is expected to increase next year. The UK ‘s GDP decline in 2020 was 9.9%, the largest decline since 1920. The fact that UK trade with non-EU countries fell by only 0.8% over the same period suggests that most of the decline was due to the impact of Brexit and not to the COVID-19 pandemic. 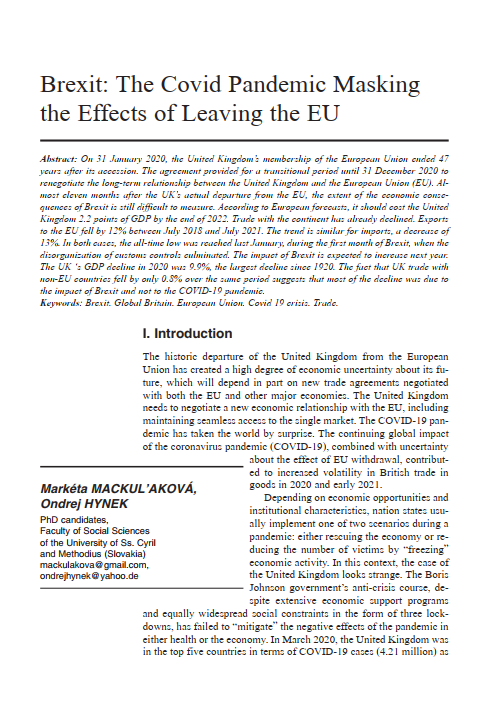