The Mistrust of Citizens in Democratic Political Institutions: a Key Factor in the Rise of Populism in Central and Eastern Europe?

In this article, I set out to look at one of the reasons why contemporary populism has gained momentum in the region of Central and Eastern Europe, and I have summed up to three States: The Czech Republic, Slovakia and Poland. For each of the three countries concerned, we have looked at a relevant populist party that has been active in the post ’89 political arena, whether it was in government or always remained in opposition. We have taken the assumption that the acute lack of confidence that citizens have in political institutions fosters the emergence and success of populist parties and populist leaders. Having presented the particularities of populism in the Central East European area, I explained why social and political trust is crucial for maintaining legitimacy and for the proper functioning of a democracy. Following the analysis, we have found that in all three countries, confidence in the main political institutions is at an extremely low level, at least from the 1990s to the present day, and one reason why populism has been made easier to enter the political scene, it was the citizens who were and are disappointed by how their political institutions function. 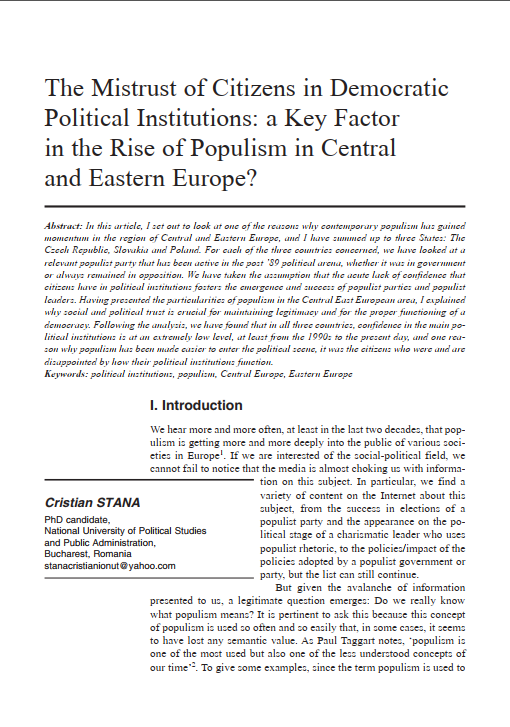