Prostitution is considered to be a large social phenomenon which has survived all forms of social and political organization and which implies a lot of risks: of public health (infections with STD, HIV/AIDS, B or C hepatitis), drug abuse, criminality, violating human rights, social insurance and health services. Varying with the social and political context in which prostitution was placed, the state adopted different ways of politicizing this phenomenon, from abolishing to legalizing it under specific conditions and recommendations. The main instrument that the state uses in order to politicize the prostitution is the legal frame based on a series of laws and stipulations that place prostitution either in the array of delinquency or of social acceptance 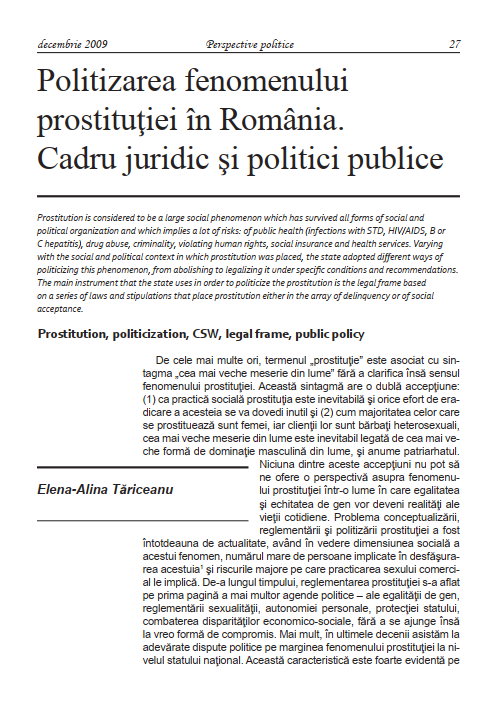