Looking at the bilateral relations between Russia and China we have chosen to analyze the factors that influenced its evolution . Starting from the internal views in the two countries, regarding their foreign policy as well as the chronological evolution of building trust between the two international actors trough the subsequent application of the social identity theory . Path that we’ve chosen regarding the need to understand the concept of status and in recognition of the importance of this actors international identity, in the context of power diffusion in the international system and the strengthening of multipolarism. 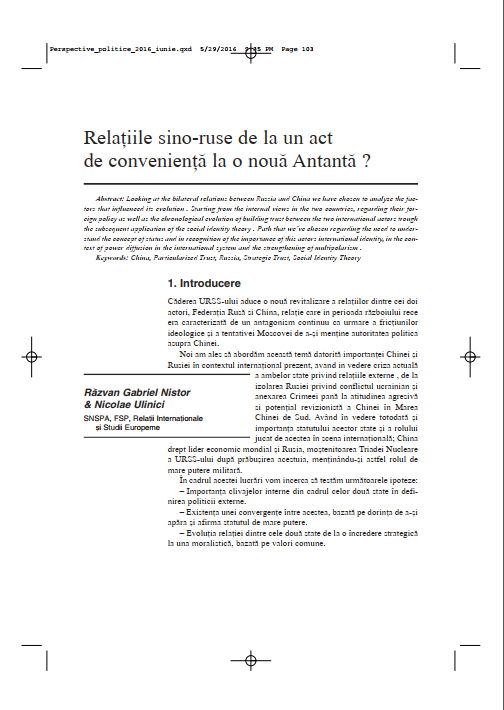