The aim of the study is to evaluate the EU economic position in 1995-2013 as well as a perspective growth potential in the global dimension up to 2025. The subject of the research are real and projected data including: GDP growth rate, main growth factors (labour, labour productivity and Total Factor Productivity), and their input to the GDP growth. The analysis was conducted for the years 1995- 2013 and 2014-2025. The authors’ basic conclusions are: 1) the technological and economic gap between the European Union and the United States has been deepening, 2) the increasing polarisation of world economic powers and low GDP growth in the European Union limit its chances of maintaining the position of the second centre in the world economy, 3) economic growth forecasts indicate a deepening of the economic gap between the largest EU countries and the US. 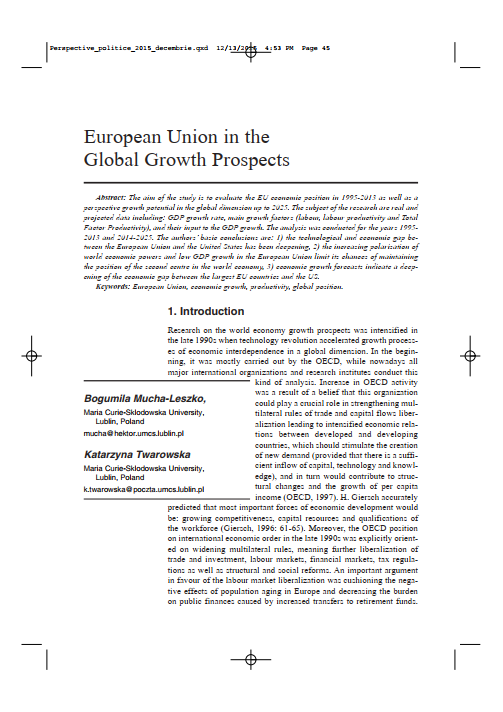