riginated in the works of German historian Frederick Meineke and made popular by the work of Hans Kohn in the second half of the 20th Century, the distinction between civic and ethnic nationalism is undoubtedly dominant within the nations and nationalisms field of study, being used in a vast array of theoretical approaches, from modernism (Ernest Gellner) to ethno-symbolism (Anthony Smith). Nevertheless, its analytical substance and its explicative power are rarely questioned, usually being taken as axiomatic.
In this article I am attempting a critical exploration of the civic/ethnic model, by particularly focusing on its normative dimension and on the constitutive dynamics between modernity and nationalism. Therefore, I am planning to answer the following questions: what are the main characteristics of the
civic-ethnic distinction? Is it an useful operational model or just a normative one, based primarily on ideological expectations? What is its relevance for the study of nations and nationalisms in the Eastern European Periphery? 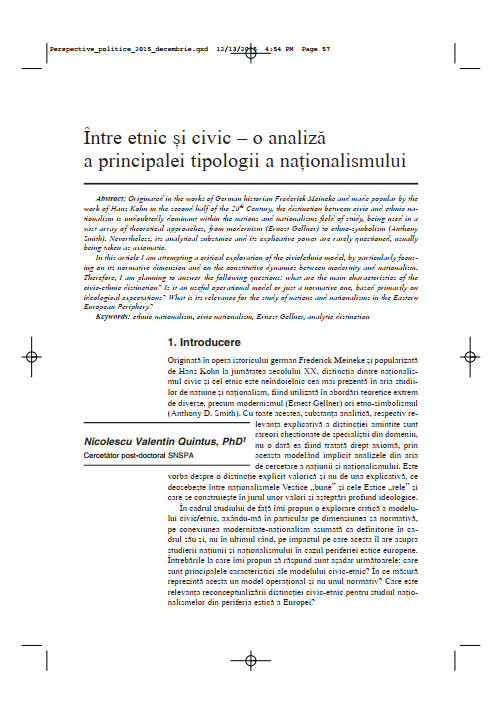