Lesbian and gay rights in comparative perspective: The case of Romania and Poland

The purpose of this paper is to describe and analyze the contextual elements that have shaped the lesbian and gay rights movements in a comparative perspective, in Romania and Poland. First, some general assumptions are made in regard to the similarities and differences in the two countries. Second, the role of the Romanian Orthodox Church and Polish Roman Catholic Church, EU institutions and national governments and the role of the activists. Next, conclusions are drawn for future research and attention is drawn in placing sexual minorities at the core of future policies, practices and studies. 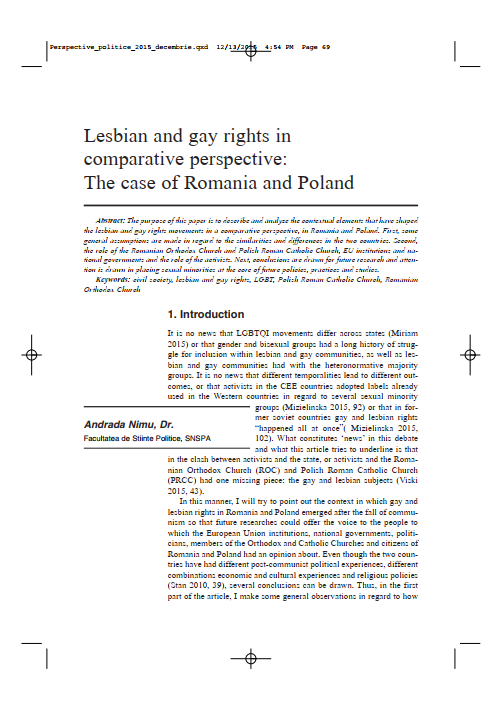